Submissions on the Companies Amendment Bill

Submissions on the Companies Amendment Bill 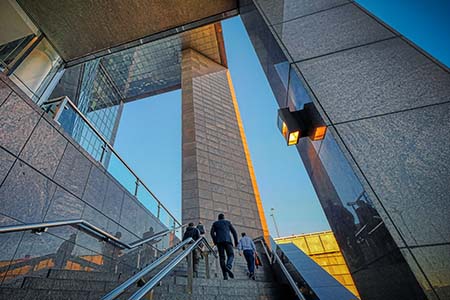 In Norway, you can easily find out what your colleagues, neighbours, favourite celebrities, friends and enemies earn. Its all posted on the internet and anyone can take a look.

This openness has been in place since the late 19th century, when everyone’s tax returns were posted either at town halls or at the taxman’s office. Now it is all available on the internet. The database used to get 16 million searches a year (from a population of 5 million), but this dropped to 2,5 million when they started making one sign in and identify oneself to check someone’s earnings.

In Sweden and Finland, it is a little more difficult: you have to phone in to get the information, though you can do it anonymously.

What effect has this had? It has reduced pay disparities. Sweden has lower gender pay disparities across the board than most of Europe, and the gap is very low – 6% –when you compare people in similar jobs. It makes sense that if you know how the pay of others doing a similar job to you compares to your own, you are better able to fight for equal pay.

It also exposes disproportionate pay differentials between those at the top and those at the bottom, or other anomalies. The risk of public embarrassment is high.

In most wage negotiations, there is an imbalance of information: the company usually has more data than a trade union, for example, and a sharing of information helps level the playing field.

It also helps fight corruption, as anyone can check if someone is living beyond their means, or has inexplicable income sources.

This kind of radical transparency would be resisted in a country like South Africa. We have been conditioned to believe that it is improper, even dangerous, to share pay package details with our colleagues. It is a taboo that serves only those who would be embarrassed by this information and it helps hide discrimination and inequity.

Nevertheless, the new Companies Amendment Bill, recently published for comment, proposes a few steps to open up comparative pay levels to expose discrimination and unfairness. Public and state-owned companies will be required to publish (with names) in their annual financial statements the remuneration and benefits of directors and officers and this will be subject to approval by the board and shareholders. They will also have to prepare a remuneration report for shareholders with details of their highest-paid employee and lowest paid, the companies average and median remuneration and the gap between the highest-paid 5% and the lowest-paid 5%.  While the Bill doesn’t say that the remuneration report should be made public, we argue it should – at least for public and state-owned companies and larger private companies.

This would address the “unsustainable” levels of inequity in our society, and of excessive remuneration at the highest levels, the Department of Trade and Industry said in an explanatory memorandum.

The Bill also requires companies to reveal not just their shareholders but their beneficial ownership – in other words, who is the real owner who is sometimes hidden by an impenetrable network of companies and trusts.

This will be a major tool for countering corruption, tax evasion and money laundering. We saw in the #Guptaleaks story, how a web of different companies were used to disguise the movement of money, sometimes to hide it, launder it or disguise the ultimate beneficiaries.

The Panama Papers and more recent Pandora Papers exposés – massive troves of documents leaked to journalists – displayed the extent of these company webs and how they were sometimes used for illicit activity. These documents and the hundreds of stories that came out of them revealed the extensive legal and accounting operations set up in some countries to facilitate this – leaving little doubt that this was a problem which had to be tackled if the world is going to deal with organised financial crime.

So the Bill – which was hammered out at Nedlac and has been through extensive consultation and compromise – provides important tools to tackle two of this country’s deepest problems: corruption and inequality.

Some business organisations and interests have reacted negatively, arguing that the Bill will make it harder to do business in this country. Business Leadership South Africa (BLSA) chief executive Busi Mavuso wrote that these measures would “diminish the attractiveness of South Africa as a place to do business”.

But the Bill is in line with global moves for greater transparency. Disclosure of beneficial ownership is widely emerging as best practice and is written into international law. The 2003 UN Convention Against Corruption (UNCAC), which South Africa has ratified, says that one of the ways in which states must act to prevent corruption is by “promoting transparency” and the civil soceity UNCAC Coalition argues that “beneficial ownership registries need to be freely accessible to the public online”.

Open Ownership, an organisation that promotes public access to beneficial ownership (BO) information, makes a business and social case for it: “Having a public BO register means that law enforcement, businesses, journalists, and citizens from around the world can easily access information on the BO of companies. Having widespread third party use of data can drive up data quality, and can increase impact by expanding the user base beyond authorities. For instance, publicly available BO data can reduce the cost and complexity of due diligence and risk management for the private sector, thereby levelling the playing field and increasing competitiveness.”

If business opposes the introduction of such valuable tools to fight corruption and inequality, it will be hard to believe this sector is serious about tackling these issues.

*Harber is executive director of Campaign for Free Expression and Winks is an advocate who helpe draft CFE submissions to Parliament on the Bill.